The Del Hughes honor is awarded to those who represent the finest qualities and artistic achievement in stage management throughout their lifelong career. Instituted in 1986, the award was named for Del Hughes, who had an illustrious career as a Broadway and television stage manager as well as a TV director from 1933 to the 1970s. Honorees are chosen each February from nominations submitted by industry members. The Del Hughes Awards Event will take place on Monday, October 25th, 2021, with details to be announced.

Charles Allen Blackwell will be honored for his long and distinguished career as a Broadway Stage Manager which included 18 years as David Merrick’s lead stage manager. With over 25 Broadway productions to Charlie’s credit, highlights were Promises, Promises, Sugar, The Wiz, Nine, Chapter Two, Sunday in the Park with George, and Jerome Robbins’s Broadway. He received a Tony nomination as author of the book that became the basis for the musical The Tap Dance Kid, wrote the screenplay for A Piece of the Action, toured internationally as a dancer with the Pearl Primus School of African Dance early in his career, and directed and produced on Broadway later in his career. Charlie died in 1995 at age 66.

Ruth E. Kramer began her journey touring with the acclaimed dance troupe PILOBOLUS. In her 38 years as a member of Actors’ Equity Association, she has forged an ongoing career in regional theatre and is most proud of her 20-year relationship with the Pittsburgh Public Theater. Among her other credits are Alpine Theatre Project, Alabama Shakespeare Festival, Riverside Theatre, Maine State Music Theatre, Shakespeare Theatre Company, Goodspeed-at-Chester, Arkansas Repertory Theatre, and Great Lakes Theater Festival. Ruth serves as an elected leader on the National Council of AEA, is a fierce advocate for, and mentor to her fellow Stage Managers, and cherishes the inspiring international SM community that has sprung to life in the past 16 months.

Lynda A. Lavin’s career has spanned 41 years as an Equity Stage Manager and Resident Director on Regional, Broadway, Los Angeles, Las Vegas, and touring productions. Her body of work has included 45 productions, with 21 of them National tours throughout the United States, Canada, Mexico, Australia, and Japan. A former Council Member of Actors Equity, she has worked to improve conditions on the road. Lynda was instrumental in forming the Las Vegas Liaison Committee and helped develop the Casino Contract for Equity shows, which she served as 1st Chair on, along with serving on the Production Contact and Stage Managers Committees. Lynda has spent a lot of her time guest lecturing to Stage Management students throughout the U.S. during her touring years.

Arthur Lewis has worked in television, theatre, and live event production for over 35 years. His career has included stage managing The Oscars, The Tony Awards, The Grammy Awards, Inaugural events for three U.S. Presidents, The Kennedy Center Honors, Super Bowl Halftime, Olympic Games Opening Ceremonies, and Saturday Night Live. Off-Broadway he has been production stage manager for Between the World & Me and The Vagina Monologues. He has also toured internationally with theatrical productions of avant-garde visionary Robert Wilson and composer/director Phillip Glass. Arthur has been a mentor and guest lecturer on his craft at Columbia University, New York University, Hofstra University, Emerson College, Long Island University, and University of Texas at Austin. 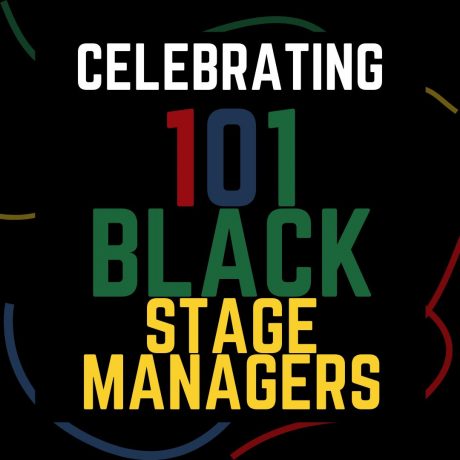 With a Special Recognition Award, the SMA is honoring the 101 Black Stage Managers celebration curated by R Christopher Maxwell, and the Black Theatre Caucus. The campaign’s goal is to raise the visibility of our community of excellent Black Stage Managers nationwide. The SMA is offering each of these stage managers a two-year professional membership, as part of our commitment for big change in the SMA. By actively welcoming these voices into our professional association, we will gain new opportunities to learn, to make change, and find our way to a more equitable Stage Managers’ Association for all.

About the Stage Managers’ Association

The Stage Managers’ Association of the United States (SMA) is the only professional organization for working stage managers across the United States. Our mission is to recognize, advocate for, and provide continuing education and networking opportunities, creating community for stage managers across the USA and connecting them with the world through our International Cohort.

In its 40th year, the Stage Managers’ Association is a pivotal resource for stage managers nationwide in all areas of live performance. With a growing national membership, the SMA promotes networking opportunities through its many initiatives such as Operation Observation, Collaborative Connections, and A View from the Wings Symposia. SMA members include top Broadway, Off Broadway, Corporate, Regional, Dance, and Opera stage managers as well as students and those just beginning their careers.

The Stage Managers’ Association strives for equity, fairness, diversity, and inclusion. As stage managers we are discreet in our dealings with Productions, Producers, and employers. We respect and value diverse life experiences and heritages, strive toward equitable treatment of our members, and support members who nurture diversity and equity in their places of work and in their broader communities.