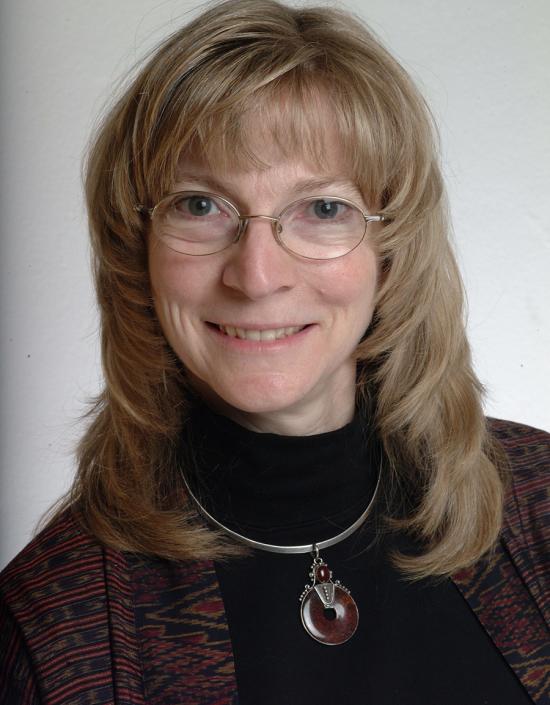 Your earliest memories of the Institute...as in how far back do you go?

My first conference was in New York in 1985. I had submitted work for the Design Expo, and when it was accepted, I decided to find out what USITT was all about. I arrived without a room reservation and was kindly received in a shared room with (could this memory be true?) Sylvia Hilyard (now Pannell), Deb Bell, and someone else. What a fortuitous beginning. I remember an early session, perhaps at that same conference, with Douglas Russell, Paul Rinehart, and Don Stowell. The image in my mind is that I was sitting on the floor, feeling as though I were at the feet of the gods.

The composite and most profound memories center on the enduring friendships, and numerous professional development opportunities. Working on the USITT exhibits for the PQ in 2003, 2007, and 2011 enabled me to work with Bob Scales, Laura Crow, Susan Tsu, Bob Schmidt, Rick Thomas, Madeleine Sobota, Nic Ularu, Tom Korder, Eric Stone, Mike Monsons, Alessia Carpocha, Bill Bloodgood, and Ursula Belden, and many others. Through the Costume Commission, I have connected with Sylvia Pannell, Joy Emery, Whitney Blausen, and the indomitable Zee Weisfeld. The Institute has recognized my research with two Herb Greggs Awards and an Edward Kook Grant, enabling me to write a book on Beijing opera costumes, for which I will always be grateful. I joined the USITT tours to the PQ in 1987, (traveling with Oscar Brockett and Paul Rinehart), 1995, and 1999 (traveling with Rosemary Ingham), with Eric Fielding, and Leon Brauner as group leaders. I also toured Egypt and Jordan with Dick and Karen Durst in 2009.

1979-present Professor of Costume Design at University of Oregon

1987 and 2012 Taught in London through AHA International

1990-1 Fulbright appointment to teach in Taipei, Taiwan at the then called National Institute for the Arts.

2015 costume designs selected for Costume Design at the Turn of the Century in Moscow, Russia

Short list of your various involvements in the institute

My one-time colleague at the University of Minnesota-Duluth, Dick Durst, tapped me to succeed him in preparing the USITT exhibits for the Prague Quadrennial, which led to my becoming the Chair of the International Committee. Shortly after that, then USITT President, Bruce Brockman initiated the position of Vice President for International Activities. I went from being a member to an officer in a very short period of time. Dick was my ever-generous guide through the first PQ exhibit. Leon Brauner has been my gracious advisor for international decorum, and Joel Rubin has quietly coached me via emails. (Plus all those mentioned above.)

I never expected to be called upon to become a Fellow of the Institute. I thought one needed to work much longer and harder than I had to achieve this recognition. I am honored by being inducted into this part of the organization, and have eagerly welcomed others with whom I have worked closely into this group. Now I am a member of the Make It So Taskforce within the Fellows and am delighted to team with this collective to generate new initiatives to enhance the already strong networking component of USITT.

USITT has clearly been a major force in shaping my career and the choices I have made within the profession. I have received grant support and awards for the research I conducted on Beijing opera costumes. My costume designs have been recognized in many forums, from the Design Expo to the USITT-USA exhibit to the PQ. Recognition in both of these areas contributed to my aim of becoming an artist-scholar. The opportunity to be engaged in the organization of the USITT exhibit for the PQ not only enabled me to work with outstanding colleagues in the organization, it also connected me with colleagues from around the world and introduced me to global perspectives on design. That influence has spread to every aspect of my career, from teaching to designing, to planning the next international journey to witness theatre productions around the world.

“The Visual Language of Dress,” in On Stage: The Art of Beijing Opera. Basel: Museum der Kulturen. Summer 2011.

“Surface Design in Jingju Costumes: The Aesthetics and Meanings of Embroidered Imagery in the Beijing Opera,” Theatre Design and Technology, Spring, 2001.