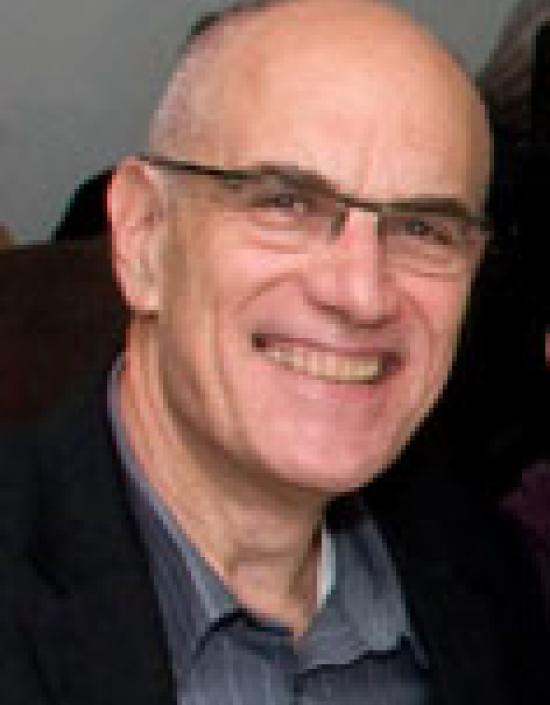 Your earliest memories of the Institute:

I became involved in USITT in 1977 when I was appointed co-editor of TD&T (with Kate Davy). My first conference was in 1978 in Phoenix. I believe it was at that conference that Randy Earle and I began our "tradition" of having a dinner together at the conferences. I seem to remember that at the 1980 conference in Overland Park he invited Sarah Nash Gates to join us which is when I first remember meeting her.

At some point in those early years Eric Fielding and I became friends and both our universities where we taught (Utah and UVA) were often in the NCAA tournament. So we would duck out of conference sessions to go up to one of our hotel rooms to watch.

Your involvement in the Institute?

In addition to 10 years editing TD&T and serving as a Contributing Editor ever since, I represented the Institute at several OISTAT meetings around the world.

USITT characters who have made a difference to you?

The main one has to be Eddie Kook. He was the most memorable person on the committee that interviewed us for the TD&T position. At some point after we had been appointed he took me aside at a party (at the apartment of Ron Olson and Herb Greggs, if I remember correctly) and told me that I should write about American designers for the journal. It was essentially the catalyst for my career. I also remember a conference (though I don't remember which one) where Kookie escorted me around the exhibitors' floor, pointing out the design and advertising flaws of almost all the exhibitors--and he was right!

Others from my years as editor include Ned Bowman, Gary Gaiser, Fred Wolff, Bernie Works, Dick Arnold, Dick Devin. David Weiss was first and foremost a colleague (and chair) at UVA, but when Ned Bowman offered me the chance to attend the OISTT (it wasn't yet OISTAT) Scenography Commission meeting in Moscow in 1980, it was David who found the rather substantial money for my travel. That may have been the most exciting trip of my life.

Pat MacKay was an acquaintance before my USITT years and has been a constant--and much needed--source of friendship and advice.

When Sarah Nash Gates was President she asked me to curate the US Exhibit at the 1995 PQ which was one of the memorable experiences of my life.

And finally Joel Rubin, who I also remember from the initial interview, who was a strong supporter throughout all the years, who sent me to numerous international meetings (including the one at which we voted to put the 'A' in OISTAT), who got me involved in the PQ, and is an ongoing friend with whom I have lunch every couple of months.

A further Ed Kook story that I told when I received the George Freedley Memorial Award from the Theatre Library Association for the Ming book:

When Ming was in his one, rather unhappy, year as a grad student at UCLA Kook came out to give a workshop. Ming showed him his designs and Kook told him that when he came to NYC he (Ming) should call and Kook would introduce him to Jo Mielziner. Of course Ming moved to NY right after his one year at UCLA in the fall of 1954, called Kook, who put him in touch with Mielziner and . . .  the rest is history.

A little over 20 years later, Kook told me to write about designers and pointed me in the right direction and the rest . . . . So both Ming and I owe at least part of our careers to Eddie Kook, and one result is Ming Cho Lee: A Life in Design.

I'm afraid, because I have been largely inactive in recent years, I have not participated much in Fellows' activities, but I still consider it one of the great honors of my life to have been selected.

As I noted above in talking about Eddie Kook, USITT is largely responsible for my career. It established me as a writer about design which has led to a few books, contacts around the world, and as a result, the various academic positions I've held. It got me involved in the PQ. USITT was directly responsible for visits to 9 countries (including my first visits to the Soviet Union and China) and through the contacts made at those meetings, visits to many others. I cannot imagine what my life would have been like without USITT.

A few of my selected publications:

List of books that you recommend about the field: