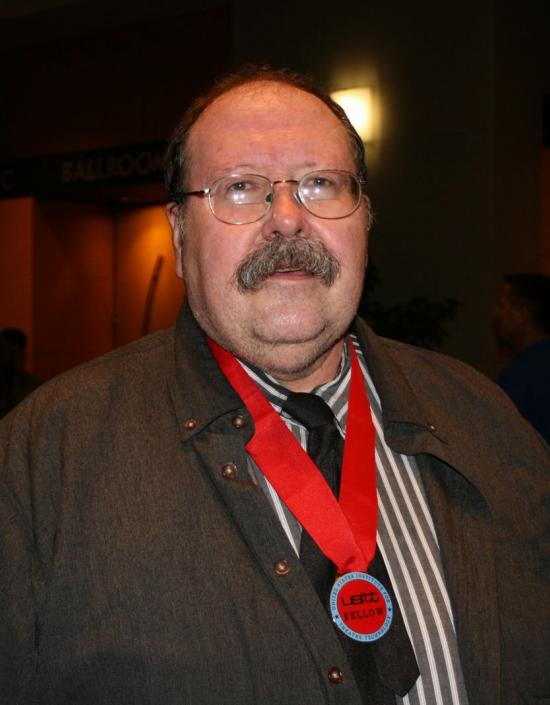 It would have to be attending the 1978 OISTAT Congress in Hamburg, West Germany. My wife and I had only been married for a few weeks when we traveled to Europe. It was my first trip there. While we visited much of Western Europe during our five-week Eurail-Europe-on-$5-a-Day trip, there were three main things I wanted to do: see theatre in London, visit Prague (and hopefully meet my hero Josef Svoboda!), and attend the OISTAT  World Congress (which I had learned about through TD&T). London theatre was even better than I had imagined; Prague was wonderful (although I didn’t get to meet Svoboda, I did start a life-long friendship with Jarmila Gabrielova at the Theatre Institute, home of OISTAT and the PQ); and attending the OISTAT Congress changed my life (and I finally got to meet Svoboda!).

It turned out that there were only a handful of USITT members in Hamburg. In fact, when I attended the Scenography Commission meeting, I was the only American there. While I was fresh out of grad school, I was embraced by the commission members that included such international design luminaries as John Bury, Ladislav Vychodil, Adam Killian, Otto Kahler, and Ichiro Takada. Largely by default, I was elected vice-commissioner for North America. This experience was perhaps the most influential of my professional career.

While I have been involved in a variety of roles and activities in USITT over the past three-plus decades, my main focus has been in activities related to the International Activities Committee and the Institute’s role as the US OISTAT Centre.

Short list of the memorable USITT characters that have made a difference to you:

What does the USITT means to you personally?

For more than three decades, USITT and OISTAT have provided me with a wealth of opportunities for education, service, personal growth, and interaction with some wonderful friends and colleagues. At the same time there have been challenges and painful experiences and relationships. But I am humbled and honored to have been recognized multiple times by the Institute including the USITT Founders’ Award [1992], election to the Fellows [1992], and the USITT Lifetime Member Award [2008].