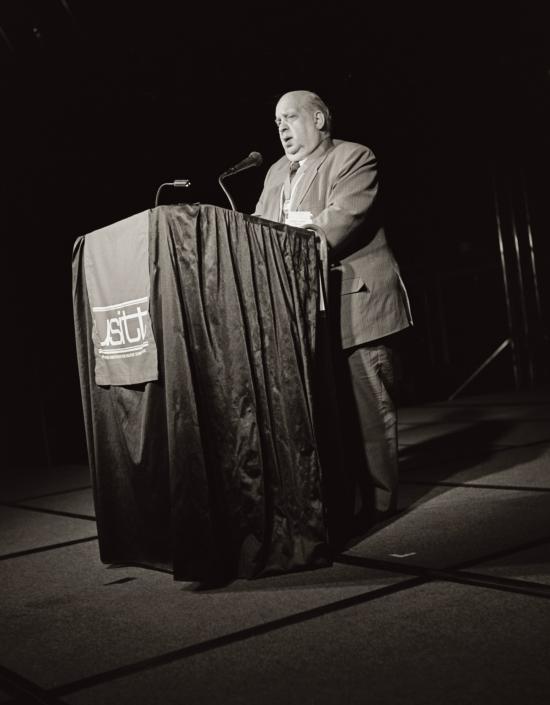 Editor’s note: Credits for his theatre and entertainment facilities projects are too numerous to list.  Selected highlights include: The Las Vegas showrooms for the Hilton, Stardust, Desert Inn, Bonanza and the Ziegfeld Theatre at the MGM Grand which was designed for the production Hallelujah Hollywood (1973).  The mechanical and hydraulic systems for this space included double deck bridges, wagons, turntables, a band cart, a Plexiglass water tank 30’ X 9’ X 10” for a “Dolphin Girl” water ballet, a proscenium-wide “Living Curtain” which could hold cast members, front of house descending podiums for the showgirls, a retracting cantilevered passarelle at the front of the stage and an ice wagon.  The integration of  all of the stage mechanics into the room set the standard for the design of the Las Vegas showrooms for decades.