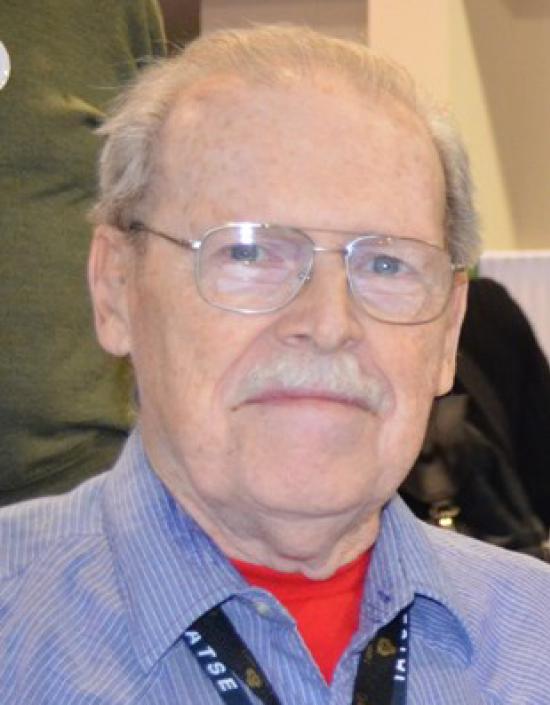 Touring the (then) new opera house at Indiana University during the 1965 Conference in Bloomington, Indiana (the first one held outside NYC) and being particularly impressed with the elevator(s) all the way to the grid.

My first visit ever to San Francisco for the 1972 Conference at the Mark Hopkins Hotel (ruining all other cities for me ever since).

Herb Greggs, the one-man national office, who was of great help putting together the 1980 Conference. Ron Olson, President during one of my terms as Secretary, who referred to me as the Secretary General.

Being elected a Fellow was probably the greatest surprise and honor I have received in my life. Being associated with the Fellows has been and continues to be a source of great satisfaction and pride.

Past or Present Memberships:

Memorable to others as:

The person with the USITT vanity license plates -- for more than three decades.