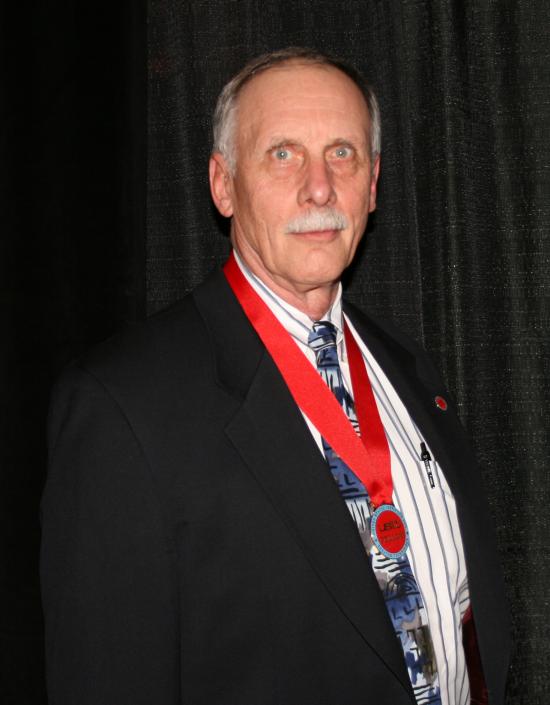 Glerum was hired as an assistant professor in Seattle University's Drama Department in the School of Arts and Sciences in 1965 after serving as its part-time stage carpenter and designer for two years, during which he worked full-time at the USPS. As the sole earner for his growing family, he moonlighted during the mid-1960s and early 1970s with the International Alliance of Theatrical Stage Employees union (IATSE) Local 15 in Seattle as a part-time extra. During academic breaks, he worked for the Seattle Repertory Theatre as a stage carpenter and served as the technical director for Seattle's A Contemporary Theatre (ACT) for its 1970 summer season.

He accepted a faculty position at Marquette University in Milwaukee, Wisconsin, in 1972 where he was an assistant professor and technical director for the Drama Department of Marquette's School of Speech. In that capacity he oversaw technical requirements of the soon-to-be-built Evan P. and Marion Helfaer Theatre, consulting on both front-of-house and backstage design for the teaching and performance spaces. Determined to continue interacting and working with tech-theatre professionals in order to provide students with accurate, up-to-date curricula, he also worked as part-time extra for IATSE Local 18 in Milwaukee.

In 1980 Glerum joined Peter Albrecht Company, Inc., a Milwaukee company known for its design and manufacture of custom stage rigging systems where he was a project manager and stage system designer. In that capacity, he designed technical systems for venues in the U.S., South America, and Asia, working with architects and engineers. It was during this period that he began writing Stage Rigging Handbook, having witnessed first-hand for more than two decades what he considered a universal need for stage-rigging safety protocol.

In 1986 he joined the University of Washington faculty as a lecturer and head of its graduate Technical Theatre program, and he and his wife returned to the Seattle area. Soon after the release of Stage Rigging Handbook in April 1987, he founded his company, Jay O. Glerum, Inc. on July 15, 1987, to sort out the increasing demands for his services as a consultant. On April 4, 1990, he amended the company's name to Jay O. Glerum & Associates, Inc., to better represent collaborations done when he contracted with other specialists in the entertainment industry. He remained the company's only employee, however, for the duration of its existence.

While Glerum was at the University of Washington, campus development and strategic placement of new buildings meant the removal of its small arena theater, the Penthouse, built in 1939 by the WPA and the first theater-in-the-round in America. The idea for theatre in the round had been conceived by Glenn Hughes, head of the Drama Department at the University of Washington from 1930 to 1961. Demolition of the Penthouse was scheduled to make way for a new Physics Building in1990. Glerum recalled hearing from Hughes, then an Emeritus Professor, that the Penthouse was designed to be movable, and only when Glerum researched and located the original plans in the UW archives, did the possibility of saving the Penthouse become a reality. The University revamped its plans for the small 165-seat theatre's demolition and agreed to move it to a different location on campus. It was subsequently refurbished, renamed Glenn Hughes Penthouse Theatre, and was reopened in its new location on campus in 1991.

As Glerum's work became nationally recognized, he resigned his position at the University of  Washington in 1992 to be a full-time consultant to the entertainment industry, focusing on inspecting rigging systems, consulting on new construction and renovation of theaters, teaching rigging seminars for professional stagehands, and training employees of entertainment parks and performance centers. In its early years, the company also accepted expert witness work, but by 2000 he had eliminated that side of the business. He dissolved the company, a Washington State corporation, effective Feb. 24, 2014.

When he turned sixty, Glerum determined that he wanted to spend the remainder of his working life focusing on safety inspections and master classes. To that end, he would cease consulting with architects and engineers on construction and renovations of physical theater buildings. To close out that part of his career, he accepted his last consultancy project for Main Stage Theatre in Olney, Maryland (which was completed in 2000), the venue of his first foray into professional theatre with the Catholic University Players.

Although he accepted fewer jobs after entering his seventies, Glerum remained engaged and passionate about his work and never retired. He upheld his agreement to teach a pre-conference two-day master class for United States Institute for Theatre Technology (USITT) at the March 2014 conference in Fort Worth, Texas, despite a terminal illness. He died in June of that year.