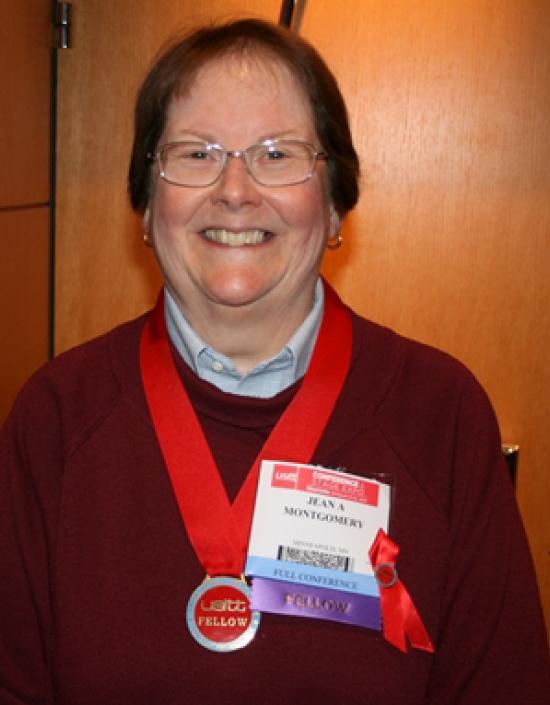 I was sitting in an empty room post meeting in Calgary working on something and gradually folks dropped by – we all started chatting and ended up re-inventing the Institute’s corporate structure.  And we did it all again in 2008.

I like that we don’t stand still and are willing to change and grow.

I like that I can look at the election ballot and not know anyone on it – I see that as progress and hope for the future – people willing to pick up the Institute banner and carry it forward.

Memorable USITT characters who have made a difference to you:

Aside from the vast stores of knowledge across the realm of theatre that can be tapped at these annual get-togethers, for me it’s the friendships formed through participation in various aspects of the Institute, the questions discussed/debated/answered, the eyes opened to new possibilities, and the wonderful variety of places visited across the country as the conference shifts from site to site (and even around the world as USITT travels).