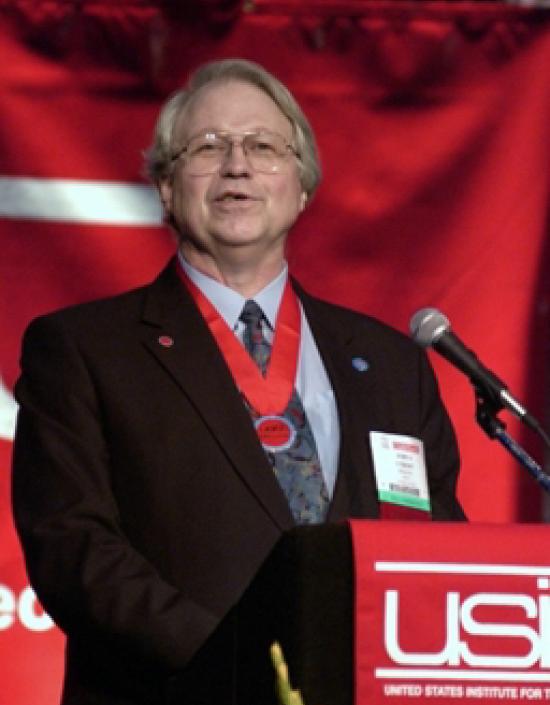 John has served as Vice President for Conferences, President and Immediate Past President of USITT.  He has also received the Joel E. Rubin Founders' Award. For many years he also served as the USITT's Liaison to KCACTF and has been awarded the KCACTF Golden Medallion.  He currently serves on the Finance Committee.

John has served as lighting designer, scenic designer, sound designer, or technical director of more than 200 productions. These include musicals, dance concerts, operas, original scripts and many plays. His interest in International Design, included involvement in World Stage Design in Toronto, and studying productions in Russia, Estonia, Finland, the Czech Republic and Canada. In addition to attending the Prague Quadrennial, John has also arranged for visiting designers from the Czech Republic, Bulgaria and Canada.