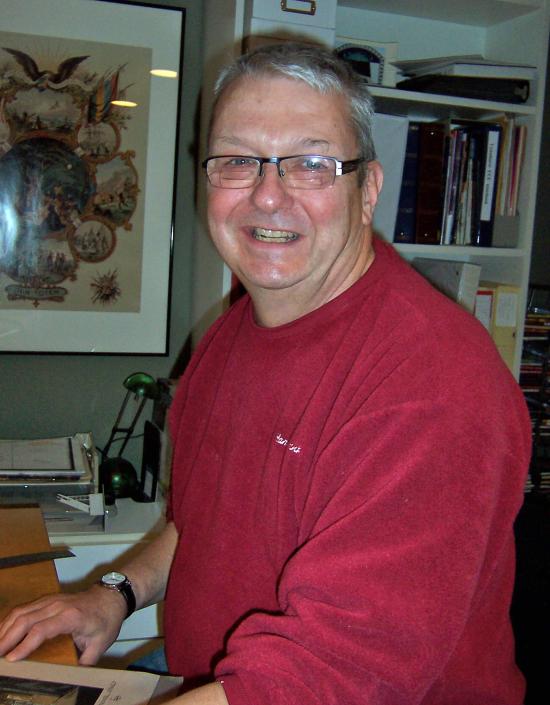 Memories of the Institute revolve around renewal of friendships and for that matter, the developing of a national network of colleagues that still serve me today.  Perhaps Wichita is the most memorable or forgettable experience as there was originally a real effort to bypass Wichita for somewhere with more amenities (ERA issue still was a concern).  I was on the Board that decided to take the risk and go with a much promised "Improved Wichita."  That was far from the case and for a state known for beef, the dinner "steaks" served at the banquet must have been imported--from New Jersey!!   However, seeing Sarah Nash Gates come into the banquet on horseback did a lot to lift everyone's spirits and Wichita will always be remembered.

Taught at Morehead State University in Kentucky and came to the University of Minnesota (1973) where I am currently a 38-year professor.  Based on my interest, developed while painting for two summers at Starlight in Kansas City, I located three collections of sketches used by scenic studios to create illusionary backgrounds for vaudeville, circus, and the fraternal stage.  Two NEH funded interpretative exhibits evolved from these collections.  Obviously, my induction into the prestigious Fraternal Order of the French Mineral Orange has sustained me with great friendships and more than my share of laughs.

I have served on the Board three times.  For several years, I handled the juried section of Design Expo and also chaired the Golden Pen committee for a couple of years.  Of my efforts, my contribution to the Endowment Committee has been the most rewarding--giving back to what nurtured my early research efforts.

I would be remiss to not mention Forrest Newlin my teacher and mentor.  He gave me a passion for design and education that still sustains me today.  I also miss John Rothgeb from U.T.--Austin, as he helped launch me on my research journey.  Dick Durst and Larry Hill made up the two parts of the triumvirate that organized and lead the USITT Conference in Minneapolis/St. Paul in 1987.   We are still great buds based on that event and the fact that we live in the frozen North for several years.  Having my brother, Bruce as a colleague and Fellow has been a great source of entertainment for us and for others in the Institute.

If I can be candid, I use to refer to the Fellows with their ribboned medallions, as what appeared to me as a bunch of wine stewards looking for a snotty Merlot.  That changed when I was selected and it was made more poignant but a nomination speech but close colleague and friend, Jean Montgomery.  That was coupled with a ceremonial kiss by Dick Durst and Larry Hill--that picture is still on my door.  The following year, it was my privilege to give the induction speech for Bruce which allowed me to fill a screen with embarrassing images of us growing up.

USITT bring to many of us verification that what we do as artists and technicians has both important cachet and a nexus of sharing new ideas.  I am always impressed with the amount of volunteerism that makes this group hum.  We could have gone the way of other professional organizations and relied on professionals to chart our course but then we would risk going the way of many of these organizations to extinction.  Balancing between what we must do and have to do is an imperative that drives me in USITT.

Always students.  I would also suggest that I could do something on research development for probationary faculty.