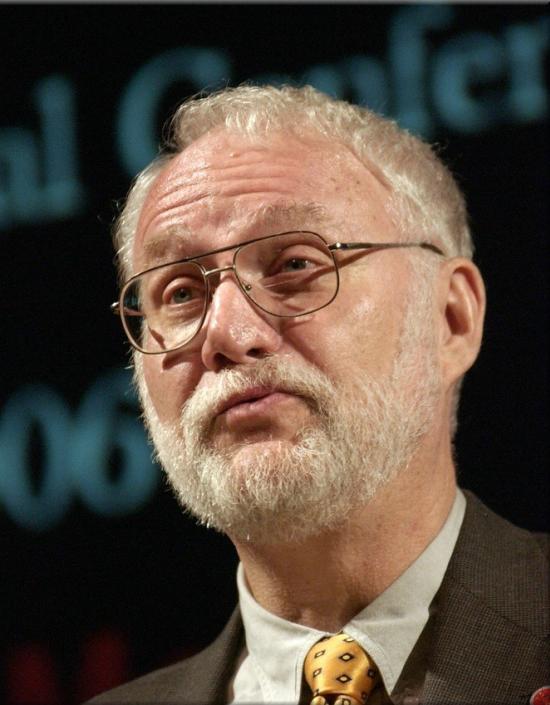 Read a memorial of Larry Hill

In 1973, I gathered students from the University of North Dakota to attend the conference in St. Louis and escape the cold. This began a March tradition--getting students to a place where they could learn about their personal theatrical interests. This group began planning for 1975 in Anaheim. The impact of these treks reflects how engaged the students became by their attendance at the Conference.

Traveling with USITT sponsored groups to the Prague Quadrennials, Greece, and Italy gave a wonderful opportunity to realize the breadth of specialties and responsibilities of the members in the industry.

The importance of Richard Durst, C. Lance Brockman and Jean Montgomery in creating the Northern Boundary Section has carried through decades of research, continuing service to USITT, and retirement. Sylvia Hillyard Pannell’s generosity in introducing me to the South was a blessing. I will never stop praising the women and men who served the USITT Finance Committee----they brought wisdom and patience to benefit us all. A special nod goes Christine L. Kaiser, Van Phillips, Sarah Nash Gates, Richard Arnold, and William J. Byrnes

Being a USITT fellow means:

Committing to a leadership role in USITT involves a heavy commitment of time and energy that is willingly given. For those in education, we know the benefit of membership to our students. The ongoing expansion of USITT in meeting the future of the industry was, and is, the “Pat on my back” for the involvement.

The lasting memories of 50 plus years in USITT are the richness of being involved with the members. The Annual Conference and Stage Exposition always found increasing numbers of travel buddies to share their lives. The blend of former students, travel friends and the conference was a yearly adventure. This was highlighted by the five year USITT @ 50 fund raising campaign celebrating its 50th year. The student attendees to the conferences gave a huge contribution of energy to the campaign. The Fellows, and longtime sponsors of USITT, led the e􀃠orts to put a solid financial base for the various named awards that recognizes the work of our members.