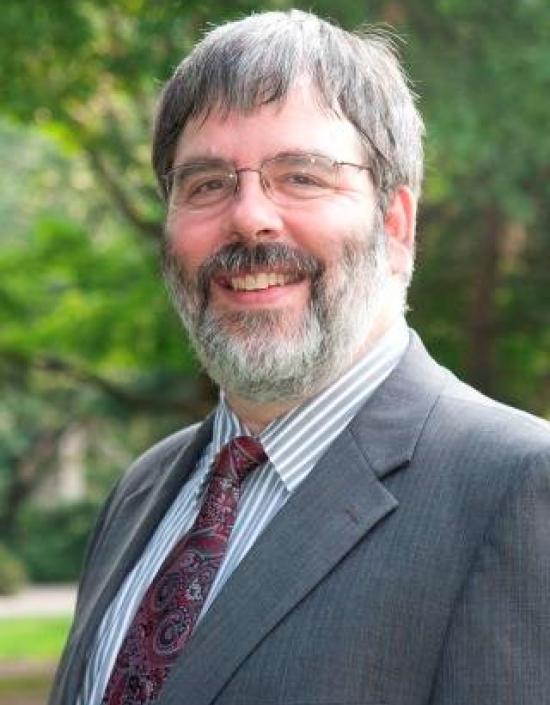 Many of my memories revolve around the meals that I have shared with colleagues and friends at various conferences.  One of the most memorable was one organized by my good friend Barry Cleveland when we were in Fort Worth in 1996.  About twenty of us, including Louis Bradfield were taken to a favorite barbeque place of Barry’s.  Two-thirds of the way through the meal, with delicious food being served family style, someone asked what kind of meet we were eating.  The answer was Cabrillo (goat).  When translated, the look on Louis’ face was priceless and I have never laughed so hard in all of my life.

I came to Ohio State in July of 1986 with a plan to stay two or three years and I am still there.  Highlights include: technical direction of over 250 productions, co-authoring Drafting for the Theatre with fellow Fellow and mentor Dennis Dorn, conducting program reviews at several colleges and university throughout the country as well as the Hong Kong Academy of Performing Arts twice, being awarded the Kennedy Center/American College Theatre Festival Medallion, Chairing the Department of Theatre for five years, and being named Dean of Arts and Humanities in the College of Arts and Sciences in 2010.

At-large member of the Board of Directors

Serving as Technical Director for the 1999 PQ entry

Serving as Vice-President for Communications

Being named a Fellow in the class of 2012

Short list of memorable USITT characters that have made a difference in you...

Stan Abbott for his many Stress and Wellness seminars

Henry Tharp for proving that one can grow older gracefully

Zelma Weisfeld for speaking her mind and asking others to “Speak Up!”

Leon Brauner for setting an example about working with Commissions

Joe Aldridge for placing the membership first in his presidency

I was both surprised and honored when I was named a Fellow last spring in Long Beach.  I highly value my USITT involvement and advocate for any and all theatre designers and technicians to join this great organization.

Anything I would like to add about what USITT means to you personally?

This organization has enabled me to stay connect to a field that I love and to people who I care about who share a common bond in their love for the process of creation of live production.

Drafting for the Theatre (2nd Edition), Southern Illinois University Press, 2012, Co-authored with Dennis Dorn of The University of Wisconsin-Madison

Drafting for the Theatre, Southern Illinois University Press, 1992, Co-authored with Dennis Dorn of The University of Wisconsin-Madison

"Parenting and the Theatre" Sightlines, July/August 1993