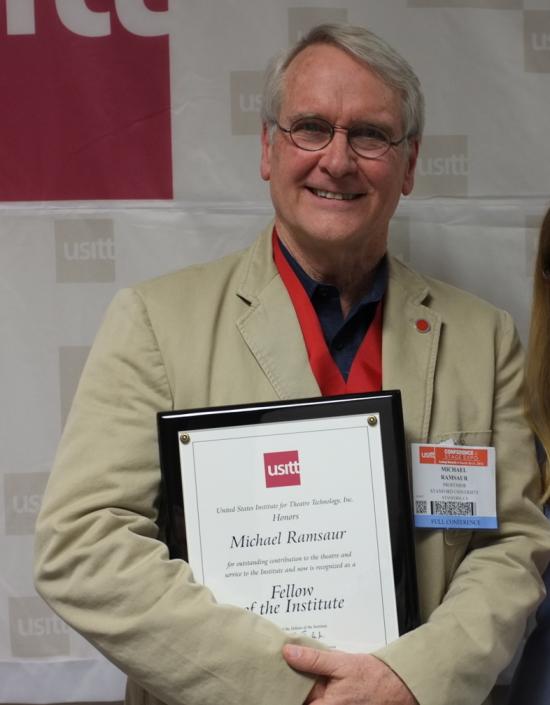 Your earliest memories of the Institute…?
I think I first joined USITT in about 1969 when I was a student at Carnegie Mellon University at the urging of Robert Wolf who was teaching there at that time. Shortly after I moved to California to teach at Stanford and became a founding member of the Nor-Cal USITT.  We hosted the Conference in 1972.  At the conference we had an opening reception that included an “open bar” at the Top of the Mark.  The reception was supposed to be a “no host bar”, but by mistake it was offered “open”.  The result was a very expensive bar tab for Nor-Cal.  We passed the hat at the sessions of that conference to try to get money to cover the tab, I’m not sure we ever recovered enough money.

My deep involvement came when Joel Rubin asked if I wanted to attend an International Organization of Scenographers, Theatre Architects and Technicians, OISTAT meeting in Riga Latvia in January of 1986 (I don’t think he could find anyone else who wanted to go to Latvia in January). I became hooked on internationalism and have been active with OISTAT ever since.

Being a new Fellow, I can only say that I feel honored to be among this group.

Books that you recommend?

USITT has opened a world of doors to me internationally.  Colleagues have become friends.

I would be glad to give advice or mentor USITT folks about anything international, I have been to over 40 countries and have contacts with most of those countries.