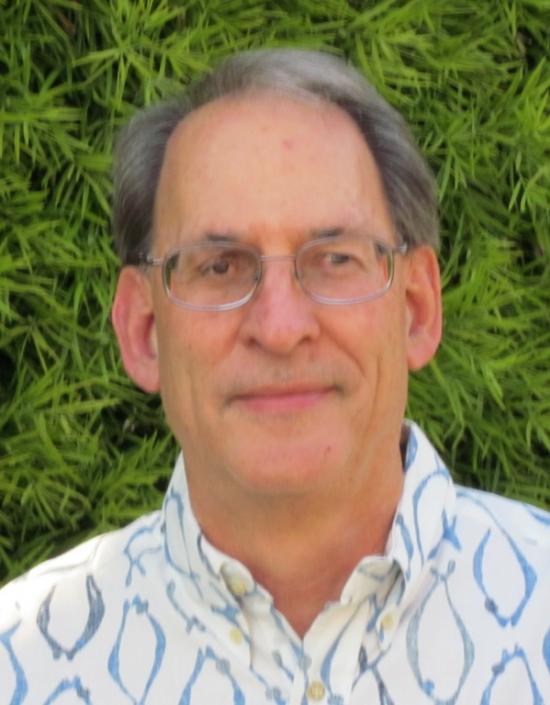 I first heard of USITT when applying for a drafting position with a Theatre Consultant, George A. Thomas in Phoenix , Arizona, in the spring of 1972.  He hired me during the interview and said that I would start work after he came back from the USiTT Conference.  Each year, George would come back from the conferences and regale us with stories of the various events.  USITT sounded like a very magical place to be.  I was able to attend my first conference in Phoenix in 1978 and have only missed one since.

The sheer awe of attending my first Conference and Stage Expo in 1978.

Standing on top of the south tower of the Roebling Bridge at sunset during the Cincinnati Conference.  Thanks Richard Nix.

Helped organize and participated in many rigging related panels during the conferences since 1980.

George A. Thomas for developing in me the love of theatre that I didn’t know existed.  For that I will forever grateful.

Randall Davidson for his mentoring in theatre safety and giving me the opportunity of working closely with him on various projects throughout the years.

George T. Howard for the sheer knowledge of his craft.

It is a privilege to be associated with so many individuals that have made such a profound difference in the performing arts worldwide.

USITT has allowed me to work and become friends with so many individuals that are truly passionate about their craft.