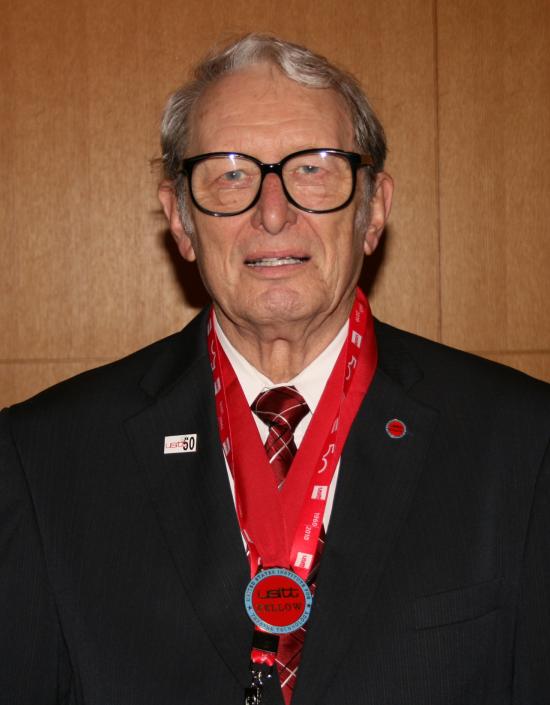 My earliest memory was in the Fall of 1964 when I wrote a letter to the then USITT President, Joel E. Rubin, seeking to join the Institute. Three months later I received a reply and then became a member. Other early memories included USITT Board meetings sitting around a crowded table in the ANTA Board Room in NYC.

Receiving the Golden Triga Award at the Prague Quadrennial was a real sensational moment that I am pleased to have experienced. On this side of the pond, an event at the Anaheim Conference in 1975 was unforgettable. As USITT President, I entered a room filled with people wall to wall. They turned to me and requested that a costume interest committee be formed in the Institute. A sudden hush fell over the room when I said, “No, there can’t be a committee,” but then the roof raised slightly when I ended by saying, “the By Laws require that costume becomes a commission,” and Don Stowell, Jr. became the first Costume Commissioner.

Being a USITT Fellow means:

Nothing has been more humbling than being named a Fellow. It is such a great honor to be among so distinguished a group of people.

USITT has been a godsend helping me to advance in my theatre career. Associating with other members has been monumental in sharing knowledge and pursuing study and research in our field.