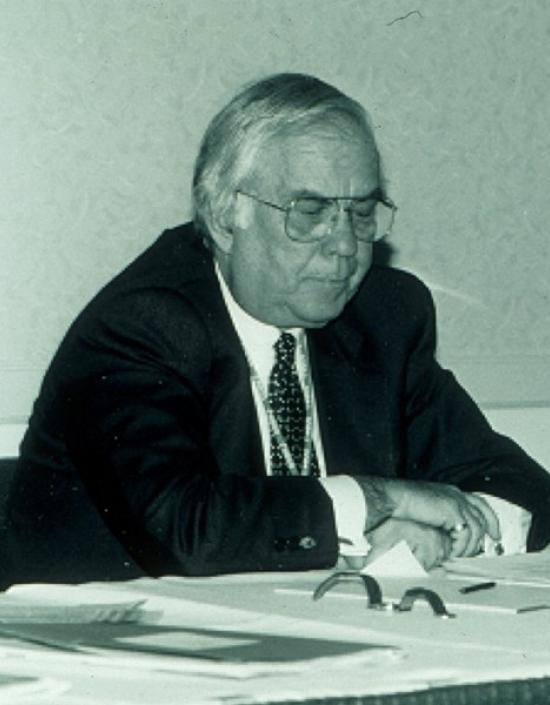 My earliest memories are of interminable New York City USITT Board meetings. I was not on the Board, but participated in some of those earliest meetings, worrying about whether USITT could raise enough money to go forward and what was the money to be used for. There were many, many Board meetings, including participants Tom DeGaetani, Kliegl and Strand personnel. I was very impressed that these people were so committed to USITT, especially Joel Rubin.

In 1985 I was honored to receive the USITT Award. This is the highest honor given by USITT and recognizes a lifetime of distinguished contribution to the performing arts or entertainment communities in any capacity. Ned Bowman, a past USITT President, was a Rosco employee at that time and introduced me with his droll wit. Ned wrote a proclamation that accompanied this award that hangs on my office wall today. This presentation was especially memorable to me as it took place at the 1985 USITT Conference in New York. Here was a kid who had been selling dyes in Brooklyn, who bought a company at the age of 26 - not a theatre person, being honored with the United States Institute of Theatre Technology Award.

Whereas he has skillfully headed a firm which, for over 25 years, has purveyed always useful and frequently innovative products for theatre, television and film; freeing American theatre during that period from the tyrannical yoke of British color filter imperialism; and whereas his wisdom and sage advice are regularly sought by theatre persons playing roles great and small; and whereas he has quietly and thoughtfully helped many young theatre practitioners (and not a few older ones) through introduction, through informal counsel and in other matters of career development; and whereas his efforts the make the theatre environment less unhelpful deserve recognition by their beneficiaries and whereas he has been a quiet friend to the Institute for over two decades, ever ready to pay his sustaining membership in advance during USITT's darkest fiscal years; and whereas he has consistently furthered the development of theatre production through the unparraled marketing skills imaginatively employed in many countries throughout the world,

Now therefore, we the Board of Directors do award

its USITT award for outstanding service to the American Theatre.

USITT characters who have made a difference to you?

About being a fellow?