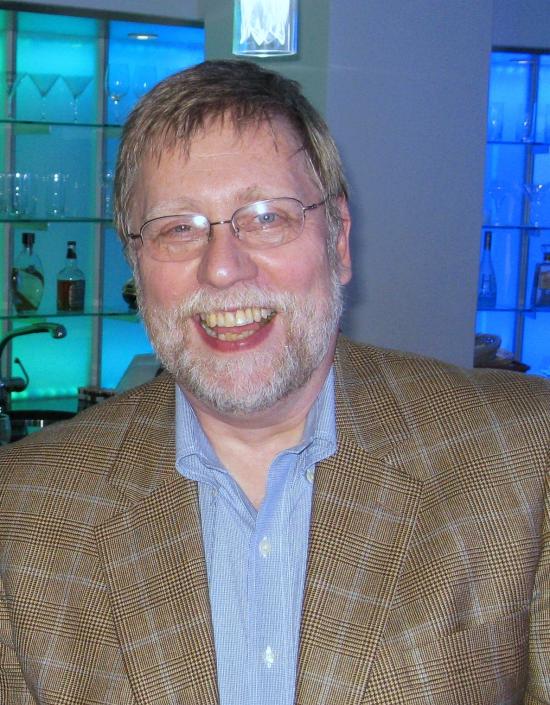 Steve Terry is the Vice President of Research & Development at Electronic Theatre Controls, the Madison Wisconsin-based lighting manufacturer. In that capacity, he leads the team that is responsible for global development of new products.

Steve Terry began his professional career as the Production Electrician for the Dance Theatre of Harlem in 1971. He toured the world in that capacity for over five years, and the experience gained in that position served as the basis for many of Mr. Terry’s designs of touring equipment for the lighting rental market.

In 1976, he was responsible for the care and feeding of the first computerized lighting control system on Broadway at “A Chorus Line”. From 1977-1981, he was the Production Sound Engineer for that production.

Mr. Terry joined Production Arts Lighting in 1976, and was Executive Vice President and Chief Engineer until 1998. In that capacity, he led the Systems Integration and Consulting Group of Production Arts. This group specialized in the design, engineering, furnishing, integration, and installation of permanent entertainment technology systems in a wide variety of markets. These included theatres, opera houses, theme parks, cruise ships, and television studios. Production Arts was acquired by PRG in 1998.

Over the last 30 years, Mr. Terry has consulted with a number of manufacturers in developing advanced products for the lighting industry. The first fully digital high density dimmer for touring was produced to a design specification authored by Mr. Terry, and many of the communication network products used in today's digital lighting systems had their genesis at Production Arts.

He has been involved in the engineering and management of many prestigious installation projects over the last 20 years including, to name a few, the lighting renovation of the Metropolitan Opera House, the Lyric Opera of Chicago, the Mirage, Treasure Island, Bellagio, and Wynn hotels and the Fremont Street Experience in Las Vegas, the Lido de Paris nightclub in France,  “Fantasmic” at Disneyland, six NBC network television studios, seven cruise ship showrooms for Holland America Line, and the Disney/ABC “Good Morning America” studios in Times Square.

He chaired the USITT Committee that wrote the internationally-accepted DMX512 standard for digital communications in lighting systems. He was inducted as a Fellow of the USITT in 2005.

He has been a frequent contributor to Lighting Dimensions (now Live Design) , and Protocol magazines, and has authored many articles on control systems, codes, and standards. He is a frequent panelist at technical sessions throughout the lighting industry.

Mr. Terry co-chaired the Entertainment Services and Technology Association's Control Protocols Working Group from its inception in 1994, to 2007. This working group produced the next important control standards for the lighting industry, ANSI Standard  E1.17, Architecture for Control Networks (ACN) and ANSI Standard E1.20, Remote Device Management (RDM).  Mr. Terry is currently a member of the ESTA Board of Directors, the ESTA Technical Standards Committee, and the ESTA Electrical Power Working Group.

US Institute for Theatre Technology

1993 USITT Founders Award for work on Codes and Standards

“Whose Network Is It Anyway?—Why the End User is the Loser in the DMX512 Connector Controversy”  Lighting Dimensions May 1998

“The Case of the Hidden Harmonic Filter”  ESTA Protocol Summer 2008