More details from Martin Audio can be found here. 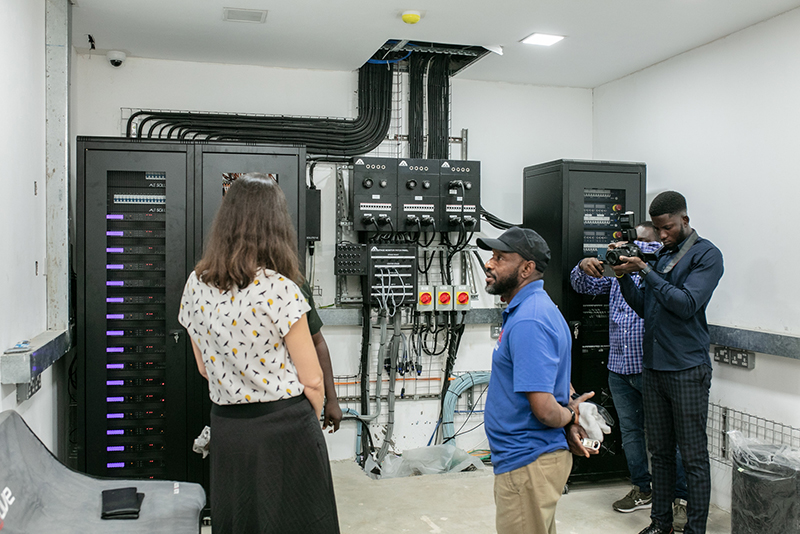 Awuah, originally from Ghana and now based in London, has been working with professional sound systems since the age of 13, having been associated with the Dominion Centre, Wood Green, and specified many world leading brands along the way. He first became aware of Martin Audio four or five years ago while working as production engineer for another company. “But the time came when I wanted to set up my own AV operation to serve the whole of West Africa, including Nigeria and the Ivory Coast. I needed to go back there with a recognized system and Martin Audio was one of the premier brands I was looking at.”

The big turning point came when he attended a Martin Audio open day three years ago—just as the plan for Christ Temple East was being outlined—and heard the scalable Wavefront Precision Compact optimized array for the first time. “It coincided with just having finished an installation in Nigeria [with another leading system]. Although that sounded great, what I heard from WPC gave me the headroom I needed for this project.” 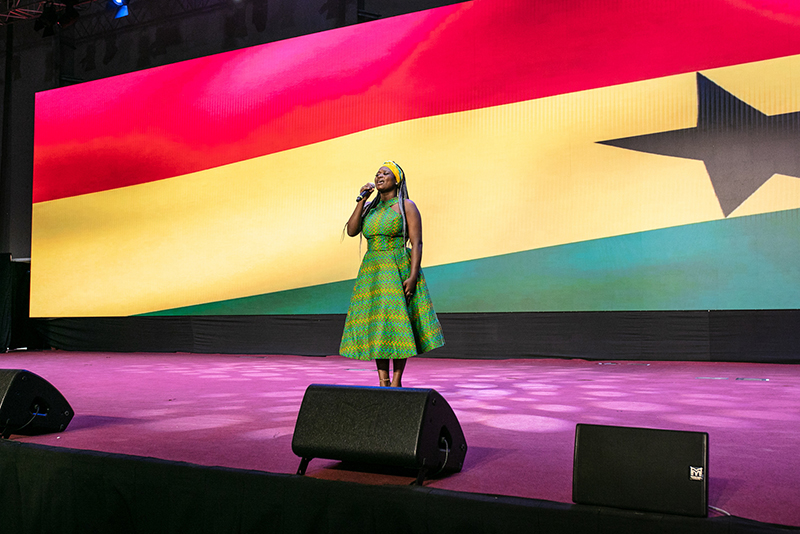 This was very much foremost in his mind when he was brought in as a consultant by the ICGC for their new project, described as a ‘Pentecostal Charismatic church’. “We earmarked four major systems and I was asked to give the pros and cons of each and explain which would be the better choice for the church.” Eben Awuah was then asked to undertake the complete installation.

Knowing the system would need to reinforce a vast program of music—from gospel voice choirs to full orchestras rock ‘n’ roll bands and spoken word from celebrants, he recommended a WPC solution. “We are the only church in Ghana, with an opera group, a classical band, a harmonised choir and rock ‘n’ roll band,” he laughs. “WPC not only gave us more warmth than the other systems, but we needed a stronger lower end that we just couldn’t find elsewhere. It gave us that little bit of extra headroom with all the drivers hitting the right frequencies within the box, whereas I really struggled [with the other main system under consideration.] As for speech reproduction, the clarity from WPC is second to none.” 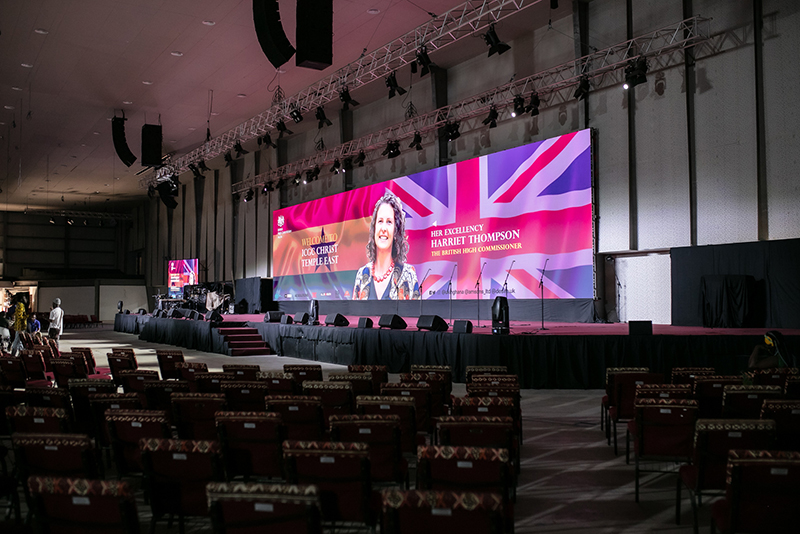 The system comprises two hangs of 10 WPC elements and two hangs of eight. These are used in combination with hangs of six SXCF118 (1 x 18) cardioid subwoofers flown behind each hang. There is further ground stacked sub reinforcement of 12 SXH218 (2 x 18), set across the wide stage in blocks of 2-4-4-2. The line arrays are powered by 10 iKON iK81’s and the subs by five iK42.

Cardioid characteristics for the subwoofers are essential in this venue due to the large number of microphones used on stage, especially with orchestral performances.

The vast number of support function rooms and ancillary areas in the vast building also have their sound delivered by more than 140 Martin Audio C6.8T ceiling speakers.

“Although acoustic treatment is still taking place to deaden the vast room the system already sounds amazing,” according to Awuah.

System design assistance came from Martin Audio Product Support Engineer, Robin Dibble. According to Eben Awuah, the sound is first class. “We just loaded the system files from Display 2.3 via VU-NET and with the minimum of tweaking it was ready to go. This system just works, even though there is still more work to do on the room.”

The installation has certainly met with the approval of ICGC Founder / Overseer and Pastor, Dr. Otabil, who predicted that “this must be the best sound system in the whole of West Africa!”

It was also commended by the British High Commissioner for Ghana, Her Excellency Harriet Thompson, who visited the facility and spoke favorably both about the quality of the sound system and the British and Ghana trade relationship.