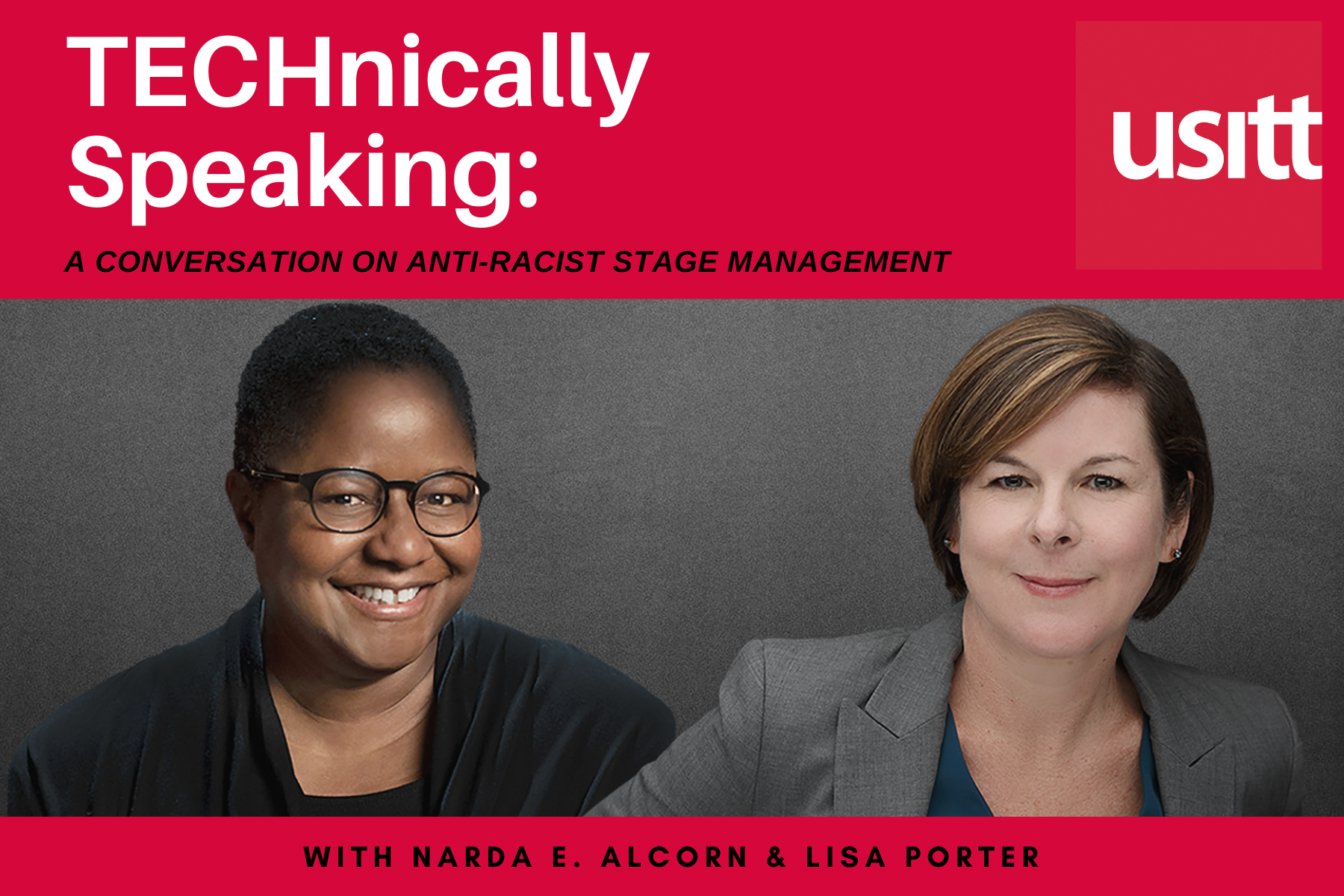 This week on TECHnically Speaking, we sat down with stage managers, educators, and authors Narda E. Alcorn and Lisa Porter to discuss their new book, Stage Management Theory as a Guide to Practice: Cultivating a Creative Approach; their recent HowlRound essay, "We Commit to Anti-Racist Stage Management Education;" and what we as designers, creators, stage managers, and industry professionals can do to make anti-racist theatres and entertainment a reality.

On Broadway, Narda has had collaborations with the Tony-winning directors Kenny Leon, Bartlett Sher, and George C. Wolfe. She premiered four of Pulitzer-Prize winning playwright August Wilson’s Century Cycle plays, and stage managed two Broadway revivals of his work. Her New York and Regional credits include productions with Denzel Washington, Viola Davis, Billy Crystal, Kevin Kline, Annette Bening, Phylicia Rashad, David Schwimmer, and Richard Foreman. Narda was a long-time stage manager on the Broadway production of The Lion King, and she has collaborated with the celebrated MacArthur Fellows, composer George E. Lewis and playwright Tarell Alvin McCraney. She has recently co-published, with Lisa Porter, Stage Management Theory as a Guide to Practice: Cultivating a Creative Approach and the essay We Commit to Anti-Racist Stage Management Education on HowlRound.

Lisa Porter is a Professor of Theatre and Dance at the University of California, San Diego, where she has taught since 2005. She is the Head of the MFA in Stage Management, and teaches graduate and undergraduate stage management. She has also developed courses related to creativity, neuroscience, disability, and performance. Lisa has taught in the MFA Stage Management program at Yale School of Drama, and has led international classes in Singapore, Taiwan, and China.

Interested in hearing more from Narda and Lisa? Register for their upcoming USITT Webinar, "Stage Management Theory as a Guide to Practice: Cultivating a Creative Approach" taking place Monday, Oct. 19 @ 7 p.m. EDT. This webinar is free for USITT members and $15 for non-members. Advanced registration is required.