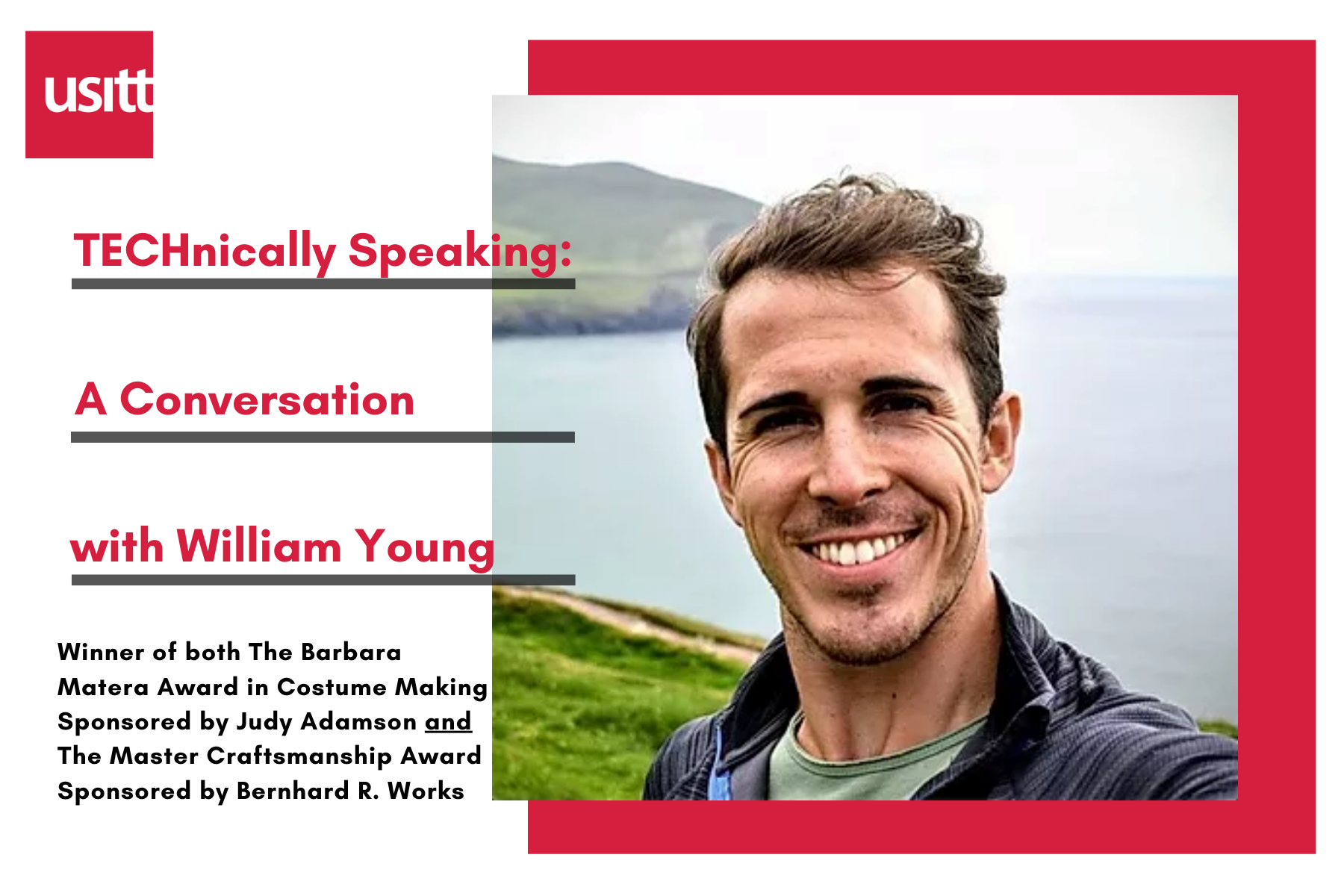 Today we’re on the line with William Young, the winner of not one but two 2020 YDMT awards The Barbara Matera Award in Costume Making Sponsored by Judy Adamson and The Master Craftsmanship Award Sponsored by Bernhard R. Works. William Young is a costume technician with skills ranging from millinery to tailoring. He earned his undergraduate degree in Plant Sciences from the University of Tennessee in Knoxville in addition to a second major in Theatre. After graduating from UT he began his professional career with the Utah Shakespeare Festival as a crafts artisan and went on to work as a crafter and wardrobe supervisor for a brief period at the Arkansas Repertory Theatre.

In addition to having worked as crafts artisan on productions for the Clarence Brown Theatre and the Great River Shakespeare Festival, he has interned and worked with Mio Design in New York City. He just graduated from The Pennsylvania State University with his MFA in Costume Technology. He is grateful to his professors, mentors, family, and friends who have encouraged him every step of the way!

Listen to the full episode, here or wherever you get your podcasts by searching TECHnically Speaking.

If you'd like to keep up with William and his work, feel free to explore his website at www.williamayoung.com.