In the Summer 2020 edition of TD&T, we explore racism in the theatre in an important piece by Taylor Leigh Lamb. 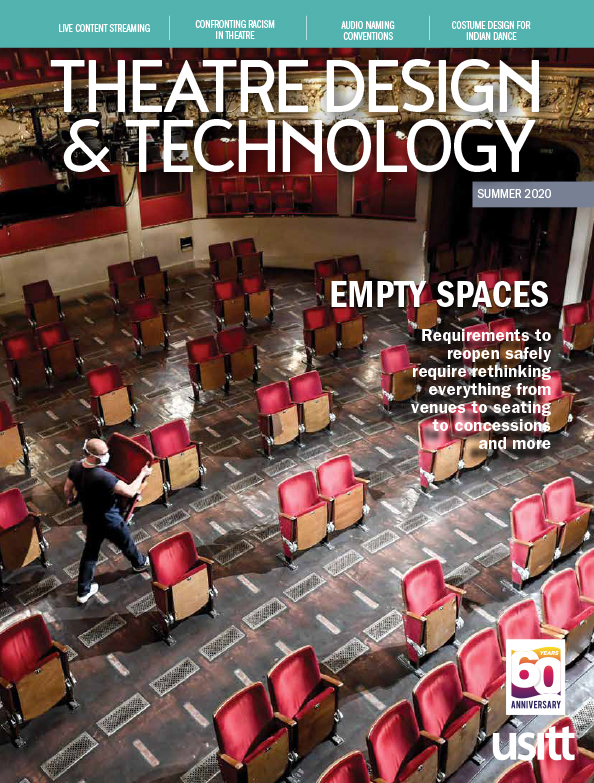 "This is a real moment for change in our industry," writes Lamb. "But white theatre institutions and white theatre makers have to go beyond statements with no teeth. They have to commit. They have to do the work. Because Black artists have already been doing it for themselves, as well as other artists of color. They don’t need to change. They don’t need to do more than the work they have already been doing. The white stakeholders in this industry do."

We've linked a PDF version of this article, because the Institute believes that the more it can facilitate conversation and stimulate new ideas, the better off our industry will be in the future.

In her article, Lamb interviews noted theatre historian, lighting designer, and USITT's 2020 Wally Russell Professional Mentoring Award recipient Kathy A. Perkins, who states emphatically, "There's no shortage of Black designers." Perkins wrote about Black designers in the American theatre in TD&T back in 1995. In the intervening quarter-century, has the awareness of Black designers increased? We've also linked to Perkins' 1995 article to assist you in beginning your own explorations.